If you're like me, you forget Columbus Day is a holiday until someone on the internet reminds you the day of. When I was reminded, I decided I was going to post a few appropriate pictures ... and forgot. Then I decided I'd do it Tuesday... and forgot. Yesterday... forgot. But I remembered today!

I'll get to the picture in a minute, but first, I'd like to make a little argument against calling it Columbus Day. It makes sense to call it Columbus Day, because it's the anniversary of his arrival in the New World at San Salvador after a voyage where he really didn't know where he was going. (At least when the Apollo missions went to the Moon, they knew where the Moon was.) The real reason to celebrate Columbus is that he was willing to take a huge risk without knowing anything that lay ahead. He was a great navigator and he could use the winds to speed his travel, but he didn't know what was waiting for him. I think that's why we celebrate him - because he was willing to take the risk to be an explorer. But here's the thing - he wasn't the only explorer! It's called the "Age of Exploration" for a reason! Not that everyone and his cousin was an explorer, but that, a) the explorations were the highlight of the age rather than more of the same old, same old, and b) that there was enough exploring going on that it could be considered a characteristic of the age. So instead of calling it Columbus Day, I think we should call it Explorer's Day!

Having said that, here are the pictures. If you've been to my Travel Blog, you've seen these pictures before. 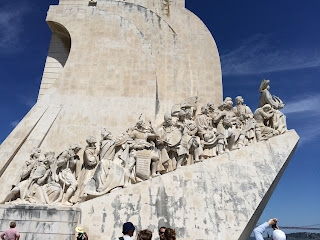 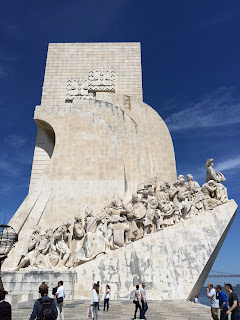 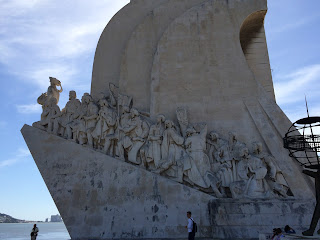 Posted by Marta Stahlfeld at 10:23 AM