AWESOME News Out of Turkey!

According to the BBC, the American pastor who has been in prison in Turkey has finally been freed!

I remember when I was in Turkey, one of the leaders of our group brought this up:


Actually, I remember on the bus, the guide leader led us in prayer for an American pastor in Turkey who was arrested and being held on some trumped-up immigration charges.

I don't know when he was charged with assisting the Kurdish rebel group, or whether it was before or after May of 2017 (and, frankly, I have too much work to do to find out).

According to Open Doors USA, Turkey is ranked #31 for most dangerous countries for Christians. The country's fact sheet, downloaded here, reports that it is not illegal in Turkey to convert from Islam to Christianity,* but Erdogan is trying to push the country into a more strictly Muslim country, so Christians do face national pressure.

Anyway, that's the short version of this. A Christian was set free from a difficult situation in Turkey, and now he will return to the US.

It's worth noting that Pastor Brunson had been living in Izmir (the very Western city) for over 20 years. I'm not sure how much the USA will feel like home to him. I'm sure he will have a difficult time adjusting. But, at the same time, he is safe. I actually saw a report somewhere that he had to be moved from prison to house arrest for health reasons. What a relief to be on the way back to America!

*I think typical laws for Muslim countries are that it is not illegal to be a Christian in a Muslim country, but it is illegal to convert from Islam to Christianity. If I remember correctly (again, too busy to really dig into this), that comes from the Qu'ran.
Posted by Marta Stahlfeld at 8:08 PM No comments: Links to this post

If you've been reading my blog for a while, you know that fall is my favorite time of year. The time when it's chilly, colorful, and brisk just makes me smile. It's an exciting time, it's a refreshing time, and it's just a fun time!

I'm still going to figure out how to dress up here in Shenyang, but in the time leading up to that...

There are two musicians I really enjoy listening to, twin brothers named Derek and Brandon Fiechter. They mostly make soundtrack music, so it's pretty much electronic with no words. That suits me, honestly, because it makes for great background work music.

I just discovered, to my delight, that they added a new hour-long YouTube video of Halloween music!

This is the perfect background for me to work with!

My favorite album from them is actually called Eyes of the Forest, and this is the cover: 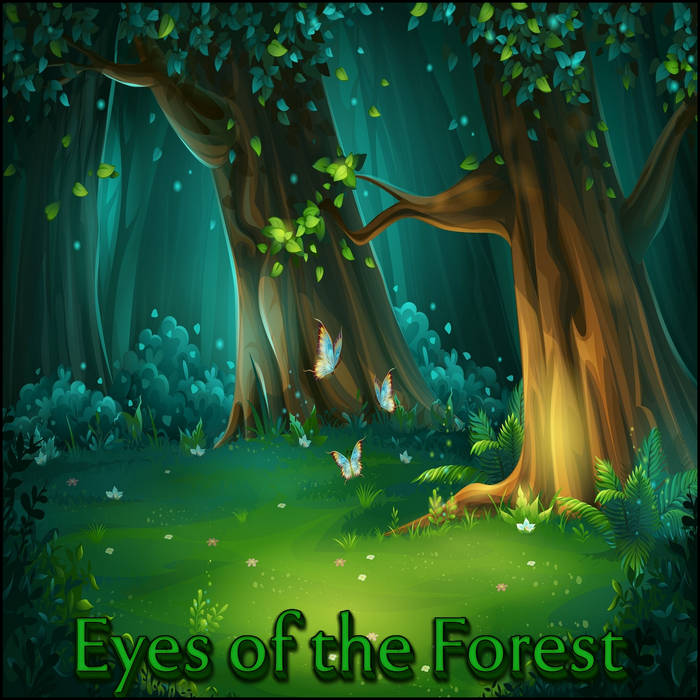 If you click on that picture, it will take you to their Bandcamp page.

Just sharing something cool that I found and like listening to. Fantasy music seems to be blossoming, right along with the rest of the fantasy genre, and I couldn't be happier about it!
Posted by Marta Stahlfeld at 6:22 AM No comments: Links to this post