I don't think I've ever been happier to say those two words. This semester was as stressful as all getout. I don't think I got any creative writing done since September.

The good news is that next semester should be a comparative breeze... because I have no public defense next semester! (And three fewer credits!)
Posted by Marta Stahlfeld at 9:08 PM No comments: Links to this post

When they tell you in college to pick a project about a topic that you'll enjoy, I don't think they ever tell you the corollary: make sure you don't enjoy it too much. If you do, you'll never get it done because it's so much fun to read about.

I'm doing my English thesis on Tolkien and Lord of the Rings. Something I have learned since August is that critical analyses on Tolkien are some of the most entertaining nonfiction you will ever read. The ones who try to assert that LOTR doesn't qualify as "literature" are probably some of the most hilarious, mostly because they all admit they'd infinitely rather read LOTR instead of anything they consider to be literature. But the other fun ones are the ones who try to decide if LOTR is more influenced by Christianity or paganism. The two I just finished looking at are a series of cordial disagreements between Ronald Hutton and Nils Ivar Agoy, and kind of boil down to whether LOTR is more Christian or pagan.

Tolkien himself (via Frodo) says something along the lines of, "The Shadow cannot make; it can only mock" (I don't have the book open in front of me; I'll find the exact quote sometime after classes are done.) But this has gotten me thinking...


What does that make an author?

I mean, an author doesn't create... Not really, given that old saying that "There's nothing new under the sun."

Anyway, reading through Hutton and Agoy got me thinking. Sure, there are elements of paganism in LOTR (which is perfectly okay; it's fiction. It's okay to say stuff that isn't true in fiction.) But the question kind of boils down to which one Tolkien embraced, and he himself always insisted that he embraced conservative Christianity; and, in that sense, LOTR is Christian.

I'm running short on time before class begins, so I'm just going to jump to my conclusion of how you can be a fictional author without mocking God's creation: you don't mock it. Embrace fiction - fiction! - in pretty much every form you want, but always remember what the truths in the story must circle back to.

Someone else said it better than me, so I'm just going to let C. S. Lewis have the last word: 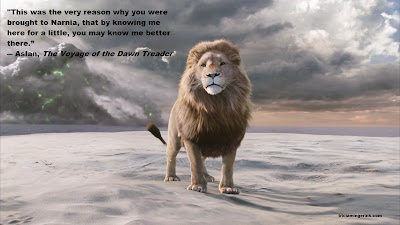 Posted by Marta Stahlfeld at 10:06 AM No comments: Links to this post